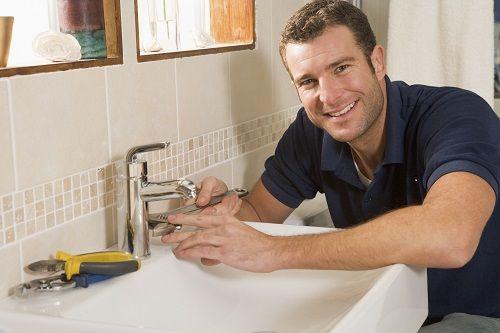 The key to having functional pipes and drains starts with practicing the right habits. However, no one aside from a professional plumber comes equipped with the knowledge of what’s right or wrong for pipes. Problems that surface from your pipes more often than not develop over weeks or months, whether in the bathroom, kitchen, or laundry room. Having a simple awareness of how to use your plumbing can save you time, money, effort, and an emergency call to a plumber.

With over two decades of Plumbing in Vancouver, Washington, M5 Plumbing Services has built a long-running reputation in Oregon and Washington. Our plumbers not only know how to fix any plumbing issue, but we also know what homeowners should do to stop these plumbing problems from happening again.

1. Use a sink strainer for your kitchen sink.

It’s common to think of the garbage disposal as a blender for unwanted food particles. However, while garbage disposals dice and diminish the size of food scrap into small particles that can better pass through a pipe, the machine does have its limits.

2. Avoid putting these items down the garbage disposal.

For occasions when you do use the garbage disposal, the rule of thumb is to make sure hard, fibrous, or other damaging food scraps don’t cause blockage in your pipes. Not only can the wrong foods clog the pipes, but can also destroy the motor and other components of your garbage disposal.

Before flipping the switch, make these food items aren’t down the sink:

When running the garbage disposal, make sure to use cold water. This allows any fat in the drain to congeal to food particles and pass easily through the pipes.

3. Know where your hidden pipes are located.

Under ground, behind walls, and elsewhere: hidden pipes are all around your home. When homeowners embark on a kitchen or bathroom remodel, a lot can go wrong when demolishing or tearing out walls flooring.

4. Don’t flush these things down the toilet

5. Trap body hair from going down the shower drain

Shower drains get clogged easily with the amount of dirt, dead skin, and hair that come off while the water is running. Buying a drain catch can save you from the dirty job of plunging out gross hairballs.

Chemicals that get poured down the drain can help unclog a shower drain, but are not good for the environment. Taking preventative measures by using a strainer to catch excess hair is the best way to keep your shower draining smoothly.

For every-day shavers, the bathroom sink often harbors similar problems seen in the shower. Whiskers and beard trimmings are smaller, but when they bind with soap, tooth paste, and shaving cream. Over time, this builds up and creates blockage in your pipes.

For sink drains, its best to get a catcher or wire-mesh strainer for your drain. These catch tooth paste, facial hair, and other particles that can stop up a drain. Taking this preventative measure can reduce the need for plunging or using chemicals.

7. Don’t use drain cleaner or other chemicals too much.

Chemicals that compose of drain cleaner can contain any combination of hydrochloric acid, sodium hydroxide, lye, and other toxic chemicals that can be harmful to the skin, eyes, and mouth. And while they seem to have a fast-acting affect on blocked pipes, overusing these chemicals can cause corrosion in pipes: leaks, cracks.

If you are going to use a drain cleaning chemical, there are chemicals that are less harmful to the environment. Drain-cleaning agents that contain bacteria, or even home-made concoctions with vinegar, hot water, and baking soda.

Looking for a Plumber Your Can Trust? Contact Us Today! Request A Service Now

Why Hire a Plumbing Pro to Install Your Gas Lines?
|
10 Things That You Never Want To Be Cleaning From Your Drain